Any city can host a music festival. But very few cities can boast the music heritage of West Memphis, Arkansas. Rock ‘n Roll may have been born in Memphis. And Memphis may claim to be the Home of the Blues. But the real back story Is, Rock ‘n Roll was conceived in West Memphis…and the Home of the Blues was built right here, brick by brick. Right in the middle of the last century, American music was blooming all around West Memphis from juke joints, to Plantation Inn, to the Cotton Club, Danny’s…and on KWEM radio, the West Memphis radio station that launched the commercial radio careers of icons like BB King, Johnny Cash, Howlin’ Wolf, Elvis Presley and Sonny Boy Williamson.

This year the Left Bank Festival celebrates American music legend, Willie Mitchell, generally considered to be the architect of the Memphis Sound.

Willie Mitchell was the band leader at the Plantation Inn and helped introduce Soul and R&B to the predominantly white audiences from the Delta. He went on to become a World class producer for Hi Records launching the careers of Al Green and Ann Peebles and more.
His Royal Studios in Memphis still produces that same tight sound that Willie created, the sound that gave contemporaries like Uptown Funk its groove along with notable artists such as John Mayer and Robert Cray.

The Grammy Nominated, Hi Rhythm Section often referred to as Hi Rhythm, was the house band for Willie Mitchell’s Hi Records label in the 60’s and 1970’s. They are the band that played on all of Al Green’s Hits also Ann Peebles, O.V. Wright, Otis Clay and Syl Johnson. Backed by the Hi Rhythm Section, Al Green would become one of the first African American’s to sell millions of Album’s as well as singles. In fact Al Green’s Greatest Hits still achieves platinum sales status every 5 years.  The band included the three Hodges brothers, Charles Hodges on organ, Leroy Hodges on bass, and Mabon “Teenie” Hodges on guitar, together with keyboard player Archie “Hubbie” Turner and drummers Al Jackson Jr. & Howard Grimes.

In 2016, the group was inducted into the Memphis Music Hall of Fame and in 2017, they received the Lifetime Achievement Award from the Americana Music Association. In 2018, they were nominated for a Grammy for Best Contemporary Blues Album with Robert Cray. 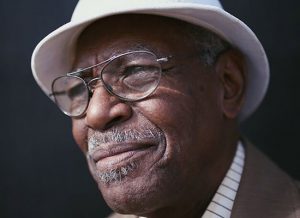 Don Bryant began singing when he was 5. He joined his father’s family vocal group, then formed a gospel quartet for a high school radio gig. Broadcasting broadened the audience and they went secular, singing pop at WLOK on Dick “Cane” Cole’s popular show. After parting with the DJ, they took a very real step toward careers when, as the Four Kings, they began fronting Willie Mitchell’s band.

Willie Mitchell led the swingingest, groovin’est band in the Memphis-Mississippi-Arkansas area—the American music floodplain. (He would later discover Al Green and make him a star.) Willie’s band was known for instrumental records, but when they’d play at Danny’s in West Memphis, Don’s group fronted them. But the group broke up and Willie, who was touring concert venues and dance halls, needed a vocalist who could play with his supple, slinky funky beats, and anointed Don Bryant as his leading man. 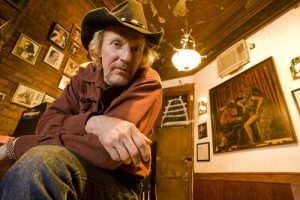 Kenny Brown is an American blues slide guitarist skilled in the North Mississippi Hill Country blues style. He began hearing Otha Turner, Napolean Strickland and others who played at picnics across the road from his home at 7 years old. Brown apprenticed with Mississippi Joe Callicott, who moved in next door to his home in Nesbit, Mississippi, from age 12 to 15, when Callicott died. 0 Around 1971 Brown began playing with two other musicians. Johnny Woods would make an occasional playing partner until his death in 1990. More steady was Brown’s learning with R. L. Burnside, who claimed Brown as his “adopted son,” In the early seventies they started to perform in their region, and would keep up as a duo for thirty years sometimes joined with Calvin Jackson on drums. Cedric Burnside joined their tours from about 1994, as Burnside’s reputation surged in the 1990s and early 2000s. Brown first appeared abroad in Sweden in 1989. On record, Brown recorded with R.L. Burnside, Junior Kimbrough, Asie Payton, CeDell Davis, Paul “Wine” Jones, Frank Frost, T-Model Ford, Dale Hawkins, Mojo Bufford, Jessie Mae Hemphill, The North Mississippi Allstars, Jojo Herman as well as Cyndi Lauper.

Brown’s own debut album was Goin’ Back to Mississippi (1996),rereleased on Big Legal Mess produced by Dale Hawkins. He has recorded one album for Fat Possum Records, Stingray (2003). He released Cheap, Fast, and Dirty (2006) with Danish guitarist Troels Jensen, at Olufsen Records. Meet Ya In The Bottom (2008) is a CD Baby release, as well as his double album Can’t Stay Long in 2011. Brown’s guitar work was featured in the 2006 film Black Snake Moan, where he provided backing for star Samuel L. Jackson’s vocals. He can be seen in the film’s climax as a guitarist in a blues band, playing alongside Cedric Burnside.

Brown continues to perform locally, regionally, nationally, and internationally and currently lives in in the North Mississippi Hill Country.

Getting there is fast and easy, and there are many options.

Walk or Bike over the Big River Crossing from the Memphis side (We’ll have a Bike Parking Area on the Left Bank)
If you drive over, take the Bridgeport Road exit from Interstate 55, turn right and follow the signs. Oh, and we’ll have plenty of car parking, too!

West Memphis is at the root of much of the Memphis Sound and more than a just footnote to Memphis music. When Beale Street had a 10:00 curfew, West Memphis was wide open with juke joints, clubs, gambling halls and the Plantation Inn. Willie Mitchell led the orchestra and introduced soul and R&B to the white audiences of the Delta. Known as the architect of the Memphis sound, Willie went on to produce all of Al Green’s numerous hits backed by the legendary Hi Rhythm section.

The Left Bank Festival explores those roots and celebrates the musical legend, Willie Mitchell. October 5th on the banks of the Mississippi River at the Big River Crossing.

The Left Bank Festival is produced by Arkansas State University in West Memphis and the proceeds will support scholarships for the ASU Mid-South Greyhounds student-athletes.

Come and celebrate with us – You’ll see why we are Left of Memphis, but Right on Everything Else!!

A Big Thank You to our 2019 presenting sponsors Southland Casino and Racing  and West Memphis Convention & Visitors Bureau!